The Metasploit Framework is an advanced open-source platform for developing, testing, and using exploit code. This project initially started off as a portable network game and has evolved into a powerful tool for penetration testing, exploit development, and vulnerability research.

The Framework was written in the Perl scripting language and includes various components written in C, assembler, and Python. The widespread support for the Perl language allows the Framework to run on almost any Unix-like system under its default configuration. A customized Cygwin environment is provided for users of Windows-based operating systems. The project core is dual-licensed under the GPLv2 and Perl Artistic Licenses, allowing it to be used in both open-source and commercial projects. 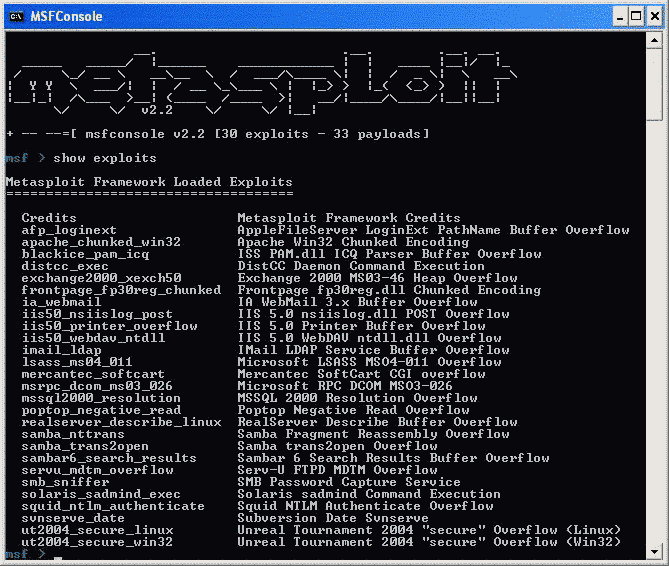